The Swedish Tibetan School & Culture Association was founded with the aim of building a school in the village of Katsel in Tibet. In the spring of 1988, exiletibetan, and president of the board, Soenam Jamyangling travelled to Tibet together with a delegation, with representatives from five European countries. The children of Tibet were not able to learn to read and write in a regular primary school. The delegation was deeply affected by the poverty they faced - at the same time, a strong motivation was aroused to act. No child should be withheld from the opportunity to learn to read and write!

The demand for good education and functioning schools is enormous and so the tibetans turned to the association's organization in Lhasa with their wishes. In this way, the idea of additional schools was created, and the '108 School Project' was launched in 1996. 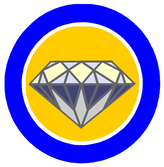 The Swedish-Tibetan School and Culture Association currently has about 13,000 children in 108 schools. Children receive a proper basic education in basic subjects and are equipped to cope in both national and international competition. In most of the schools, pupils are taught in the classes 1-6. Many continue to higher education, and it is one of the association's most important projects to meet this need. Children passing the national sixth-grade tests can continue their studies at upper secondary schools, upper secondary schools and universities. As a result, the association's costs increase significantly. Riksel-Lindhfonden was established through a larger private donation.

This fund needs to be continuously replenished in order to fulfil its purpose: to provide for young people who wish to continue their studies. These are increasing every year and unfortunately the association does not currently have enough resources to meet the need. Donations - large and small - are very welcome! 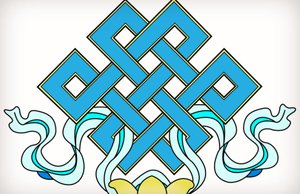 In the hope of preventing the spread of HIV/ AIDS in Tibet, the School Society decided to increase the spreading of information on the subject. Already in 2006, the project started in collaboration with Katsel's School Committee. The first target group was the students at schools around Tibet and additional target groups became participants in festive gatherings such as horse races and summer/harvest festivals. At major festivities, such as the Harvest Festival in August, information material and condoms were distributed for free.

In the spring of 2007, a representative of STSK met with government officials in Lhasa to obtain permission to continue running the campaign. In June 2007, 84 course participants (teachers and pupils from different schools, representatives from women's organisations, doctors and nurses) met to be trained in HIV/AIDS issues. The course was led by two doctors and two nurses with knowledge and experience.

Participants passed on the information in their home villages and schools by giving lectures. On International Aids Day, the theatre group entered its largest audience to date, about 10,000 people. Lhasa-TV made a major report on the HIV/Aids campaign, and it was then shown throughout Tibet, nepal and northern India.

The role that women took in the information spreading was important! The project showed that it was often women who took up these important discussions. Women went From being withdrawn and shy about discussions about sex, women now often took the initiative to talk about and discuss the risks of sex in terms of the spread of sexually transmitted diseases.

Tibetans were taught what methods they have to combat the spread of infection and how to avoid infection in everyday life. Common prejudices about HIV/Aids were highlighted. Knowledge also spread to the young people and orphans who previously lacked understanding of these diseases.

Thanks to Katsel's School Committee and the hard work of the supervisors on the HIV/Aids project in 2007, some of the goals set by the association were achieved. As the initiative was recognised above expectations (TV feature), many thousands more people than the original target group learned about the HIV/AIDS issue. This pre-emptive campaign was a historic event in civil society. In the long term, the work provided good knowledge of HIV/AIDS and sexually transmitted diseases that the population reached by the project should be able to protect themselves against the spread of infection.

The "timing" of the project was also good considering that, since the opening of the railway from China, there have been much larger groups than before of tourists and people migrating to Tibet. This led, among other things, to the fact that prostitution became more common in the area. This increased the possible spread of infection in the country. Thanks to the association's project, only positive developments were seen around the issue of HIV/ AIDS. 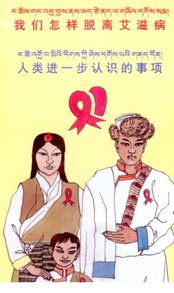 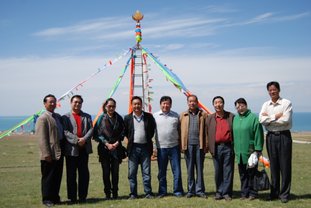 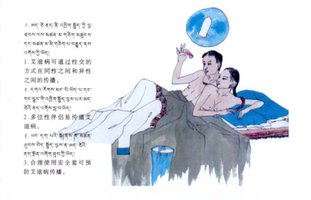 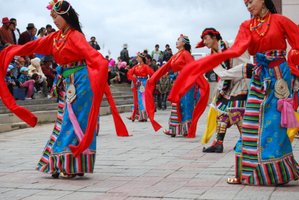 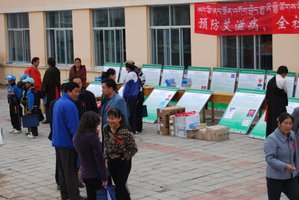 It first started at the Katsel School in 1996. The site chosen when the school was to be built is beautifully located in a valley and is surrounded by high barren mountains. A river runs through the valley and, through an expanded irrigation system, provides water to katsel residents' fields and crops. There were also previously beautiful trees and shrubs. For many decades and especially during the cultural revolution, most vegetation was consumed without planning for the future.

The school's land covers as much as 10 hectares of land. At the school's construction, the land was bare, after the cattle had it as pasture for many years. The soil then began to fill with vegetation. The school planted more than 8,000 tree plants. Pine, One, Pil and Apple trees are planted and the children were responsible for the small tree plants. With responsibility for future ecology, children learn to take care of nature and its resources.

Since then, the School Association has continued to plant trees in all of Tibet and now also in the rest of the Himalayas. In recent years, the association has had some cooperation with Green Cross Sweden in this matter.

The winter of 1995-96 hit Tibet extremely hard. Blizzards were recurring and temperatures fell as low as -45 degrees. In total, about 200 000 nomads were threatened with starvation and about 2/3 of the nomads' vital herd of cattle had perished. The Swedish Tibetan School and Culture Association had sought money from the disaster unit at SIDA, in order to help 1 200 families of those who lost all their livestock. The application concerned Sichuan Province (Kham), an area where very little help had been received.

SIDA granted SEK 2.8 million for direct assistance to the nomads and the assignment concerned the purchase of livestock for the worst affected. A total of about SEK 50 000 had also come in as gifts both from the members in Sweden and from sponsors in the USA. 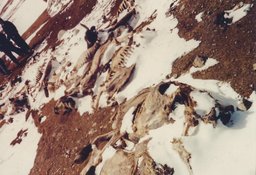 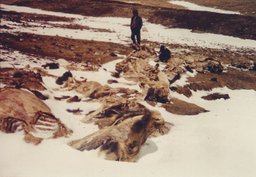 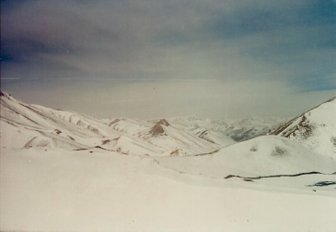 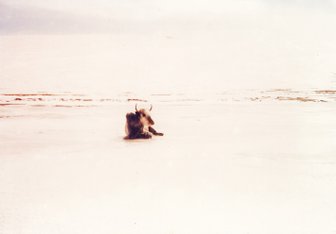 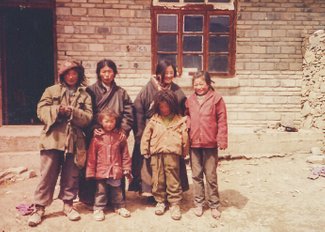 Distribution of tsampa in truckloads. Rebuilding/repair of 610 houses. Extension of a pre-existing old people`s home.

In the spring of 2008, one of the most deadly earthquakes ever recorded in Tibet, specifically in the Amdo Ngaba area, occurred. With a magnitude of 8.0, this earthquake caused incredible devastation in large areas nearby. It also caused a variety of geological hazards such as over 200,000 landslides and over 800 "dams" created by earth masses that stuffed the rivers. The aftershocks of the earthquake continued for 6 whole months and were in themselves able to measure up to 6.0 on the richter scale.

The School Society acted on this and sent emergency aid to the area. Many people were in need of food, therefore tsampa was distributed in large quantities. Many families had lost their houses and therefore The School Society, with the help of SIDA, sponsored the redevelopment and repair of 610 households. In addition to this, an extension of an existing retirement home was also built where elderly people could stay with needs could stay.